Well, it is Halloween and as I sit here waiting for some kids to show up, I have added some projects that I have been working on.  Check out the photo page to see all the new pieces.  Enjoy and have a safe Halloween.

I have joined the Embroidery Library sew along with Christmas designs.  Every Monday the give out instructions for the current week's projects.

Here are pictures of the two projects I management to get completed this month for the sew along.

Also, I have finished stitching some sayings that will be flat finished in September along with another project that I am making for my father's Celebration of Life this month.   Enjoy.  For more pictures, please see photo section.

I only got 2 projects completed for July.  It has been extremely hot this month but the garden was is loving it even though I got it in a little later than usual.  Already getting tomatoes, cucumbers, squash and lots of beans.

The first was a lace ornament for the Sew Along with the Embroidery Library Group and a start on making some cards that will be donated.  (see photo album - July Projects.)

I am still working on my cross-stitching and have almost got my pin cushion completed.  Working on a cross stitching card with a dress and my "I Love Snow" whole cloth panel which is mostly cross stitching.

Will have pictures of those items and a few others I will be working on.

Take care and be kind to each other as well as yourself.

We seemed to have a session of baby boys recently.  Found this cut fabric panel growth chart and decided to give them each one instead of doing a quilt.  Hope they enjoy it.

Well it is catch up time now that I can access my website during this transition time.

I have been making Helping Heart Mastectomy Breast Cancer Heart Shape Pillows.  It started out just making one pillow with two covers and then a few of us got together to make a batch to donate to our local hospital.  I did the cutting and sewing, a group of seniors did the stuffing and another person help put the packages together.  We donated 12 pillows and 24 covers.

Since then we have done another 12 pillows and 24 covers but now donate them to our local Gilda's club.  Best of all, we have some new sewers out there who are helping to add to the inventory needed.

Go to the photo albums to see more.

I have been very busy and have not had a chance to post.  So here I am here to get caught up.

So check out my photo gallert, first is a picture of Lydias Frozen Quilt.  Second is a Mug Rug for Rosemaries 90th Birthday and last are some cards I made for a issue of Papercraft Magazine.

Now I am off to start a baby quilt for my good friend and I am now waiting to find out whether there is a new baby boy or girl coming into the family so I can make a quilt for them.

Taking the new puppy out for long walks in the bush and getting plants ready for the garden.  Set up a new craft area so I can  work downstairs closer to the door when the puppy needs to go outside.  My studio is nearing completion and maybe open this fall.

This summer should be amazing.

This story book quilt was a bit of a challenge as I have never done one quite like this.  After a few attempts, I think I finally got it rigtht.  I hope see enjoys it. 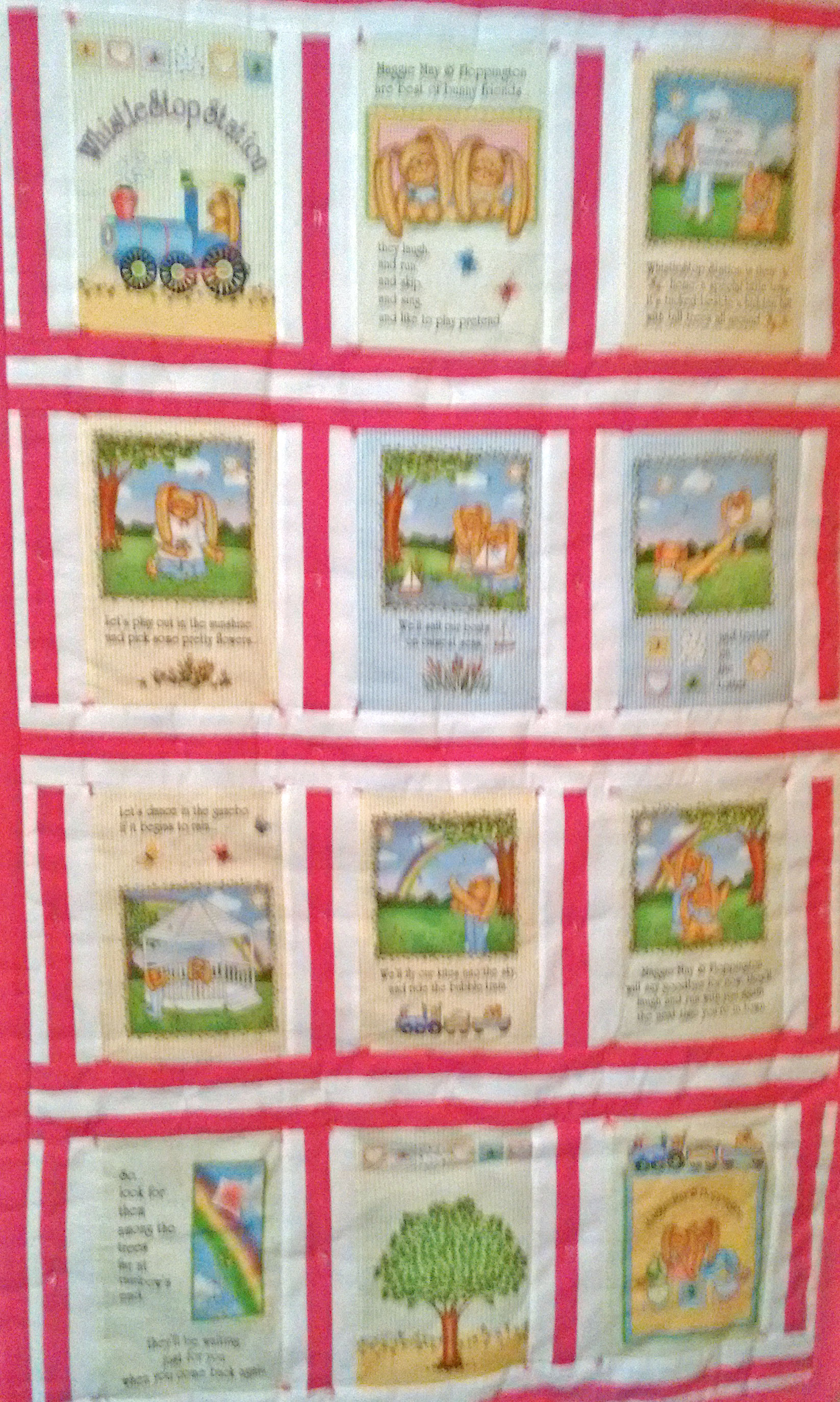 I had a wonderful time and got inspired by all the beautiful items on display.  Along with Quilting demos, you could see spinning, lacemaking, weaving and rug hooking.  There was the Merchant Mall, Crafter's Room and the SCQA display.

Please forgive my photography as I am just learning to take photos with my phone.  I hope you enjoy and get inspired by what you see.

Always take some time for yourself and if you get a chance, go and see what other people are making.

Just go to my video page.

Another humid weekend but got my morning workout putting in the 1st load of 2nd cut hay.  Got started at 8 am this morning and finished about 9:30 am.  Not bad for 47 bales of hay from my supplier's hay wagon, on to the truck and off on to my wagon.  Now time to quilt. 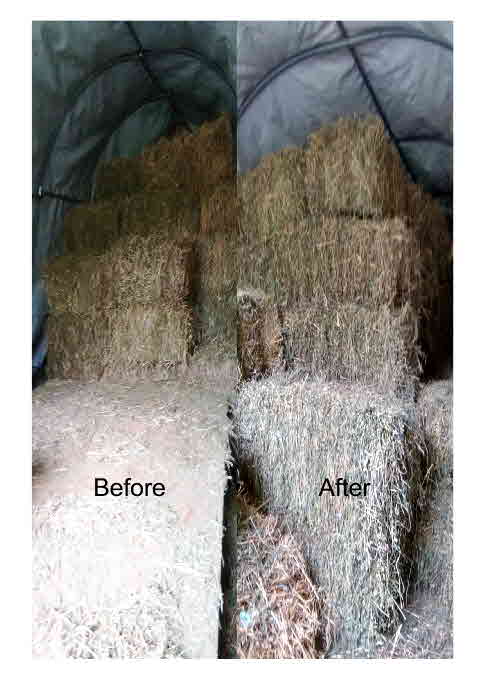 This weekend is so hot & humid that I have spent little time outside, except for a few hours in the morning tending the garden and picking thimberries (sweet & sour raspberry) that we will have at Christmas for my husband's family tradition.

So, I knew it was going to be hot so I treated my self to a magazine.  This time I bought the "In Her Studio".  It was expensive for the Autumn 2018 edition but I have enjoyed reading it.  Most of the articles related to studios in England and elsewhere.

There is a very strong message in the magazine from all who have created a creative space whether it is a table in the corner, closet, spare bedroom, shed or old barn.  The desire to create a space all for themselves so they can escape into creativity without outside influence.  Their perservance to create a business (part-time at first) while raising children up to and including retirement.  Everyone started out small then grew their creativity in a successful business.  One article even talks about leaving emails and social media to later in the day so they could focus on what needed to be done.  What an excellant idea and it would make your life more productive.

I am so lucky to have a room upstairs for my quilting, room in the basement for silkscreening, fabric dyeing, craft storage as well I have been working on a small studio which is located near the house.  I built the small 10x10 building about two years ago, but my father used it as a small cabin because he could not walk to his own cabin.  Now in long term care, I have stripped it and starting to redecorate it.  Hopefully will have it done by the fall.  So many great ideas from the magazine, I need to start a project board so I don't get carried away.

Time to get creative.